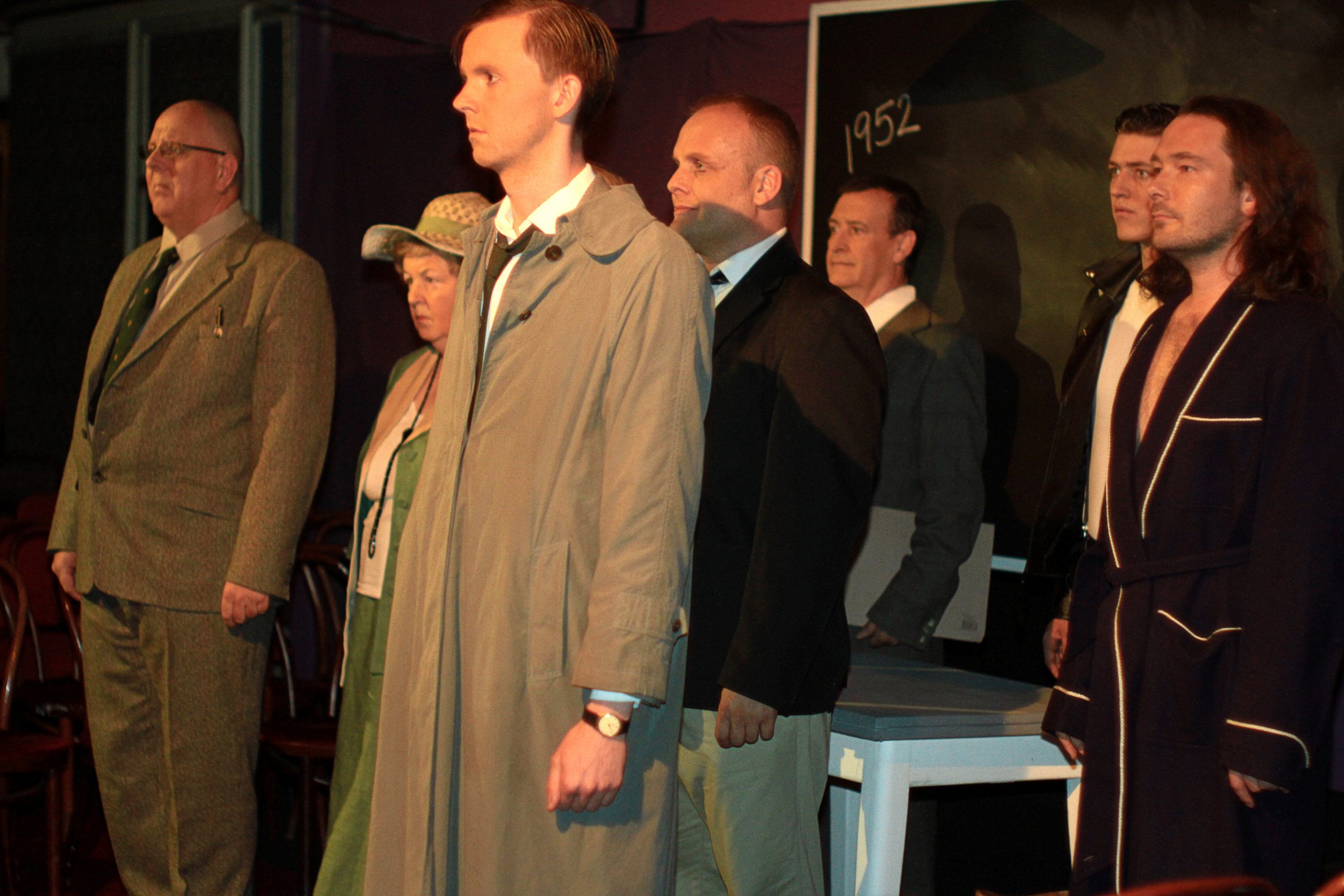 Streatham’s very own theatre company, STC, presents Breaking the Code at Streatham Hill Theatre, for this year’s Streatham Festival. It tells the story of Alan Turing, who was the eccentric genius who helped break the complex German Enigma code, playing a major role in the winning of WW II.

After the war Turing turned his scientific and mathematical genius to the concept of developing an ‘electronic brain’; the first computer.

Meanwhile, in his private life Turing was breaking another code: the taboo of homosexuality. In 1952 he was convicted of the criminal act of gross indecency and sentenced to undergo hormone treatments as part of his rehabilitation.  He committed suicide in 1954.

Following on from the recent film The Imitation Game, our production  of Hugh Whitemore’s play focuses on Turing the man, his personal moral code, the relationships that influenced his life and his struggle to appreciate the conventions and laws of 1950s society.