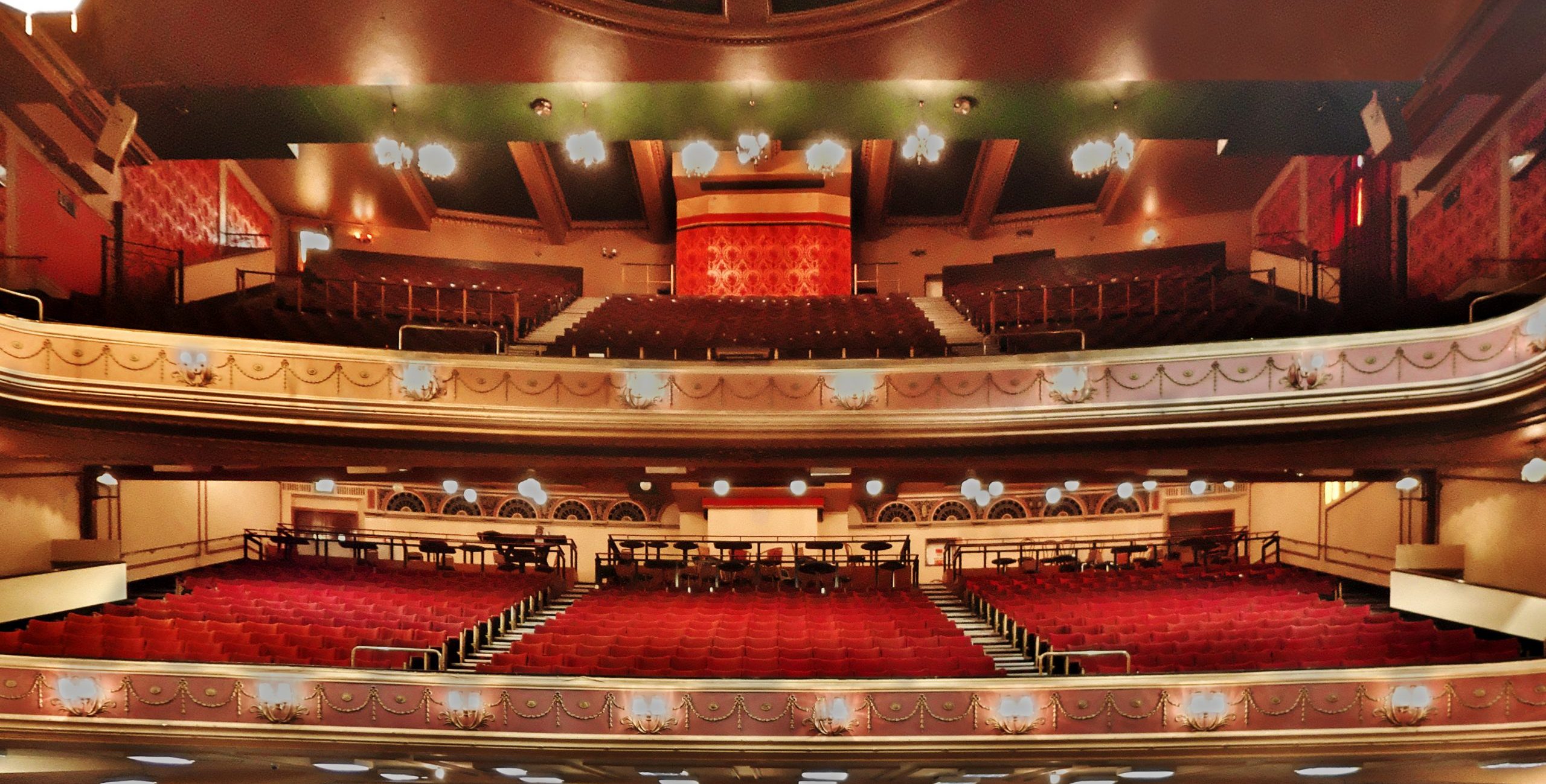 Streatham has a long history in theatre and entertainment and was known as “the West End of South London” – and due to the wealth of talent living in the area – as “The Beverly Hills of London”. Arts and cultural activity of all kinds continues in modern day Streatham.

90 years ago Evelyn Laye laid the foundation stone for the Streatham Hill Playhouse as it was originally to be known.

Streatham Hill Theatre (SHT) was opened in 1929. It was bombed in WW2 but was rebuilt and reopened in 1950. It is a significant (PDF) building due to its architecture, heritage and potential. During its time, many of the stars of the day, and many famous companies, appeared there.

It closed to theatre in 1962, becoming a bingo hall. Much of the original theatre and its equipment remain. Small scale theatre returned via Streatham Theatre Company from 2013 to 2016. Bingo ceased in 2017.

The theatre was granted a Grade 2 listing in 1994 as “an unusually lavish example of a theatre built in the short-lived revival of building in 1929-30; as a suburban example of this date the building may be unique”.

In 2018 the theatre was added to the Theatres Trust’s Theatres at Risk register, where it remains.

Also in 2018, Lambeth Council approved (PDF) our nomination (PDF) of Streatham Hill Theatre as an Asset of Community Value (ACV), confirmed (PDF) in early 2019 after a review requested (PDF) by the owners and our flashmob demonstration. This gives the community a chance to acquire the property should the owners want to sell.

The Friends have no access or control of the building, which is currently only partially in use, as a slot machine lounge by Praesepe plc who hold a sub-lease from head leaseholders Mecca, who are part of Rank Group plc – these leases expire in 2028. The freeholders are Poll Mount Ltd.

The building would make a great creative hub for Streatham’s art and cultural community and a base for developing artists and organisations. Where people can participate, meet and network…

If you agree and would like to support this aim, please sign up to our mailing list which will serve as our membership list and as a petition calling for our objectives to be addressed by all relevant parties. You can also support us in other ways.

The August 2019 Streatham Investment and Growth Strategy 2019-30 (PDF) sets out plans to explore opportunities for the theatre as part of a wider regeneration strategy for Streatham that aims to: challenge perceptions and attract inward Investment to Streatham; diversify the town centre economy; provide space for growth and enterprise; improve the resident and visitor experience; and progress development opportunities. It states that “Successfully restoring this building would bring significant improvements to the public realm and historic/cultural fabric of the area, as well as delivering against a number of other objectives presented in this strategy (e.g. Strengthening and Diversifying the Town Centre).”

The 2020 Draft Lambeth Local Plan (PDF) states: “The former Streatham Hill theatre is Grade II listed and provides a transformative opportunity to provide a major leisure and entertainment venue with the potential for workspace for creative, digital and cultural industries.” (p. 405) and “The council will support [its] … regeneration … to become a major leisure and entertainment venue alongside workspace for creative and cultural industries” (p. 410).

In February 2021, The Friends of Streatham Hill Theatre, originally an unincorporated association became registered as a Charitable Incorporated Organisation (CIO) and a Registered Charity.

Check out our FAQs (PDF) for some more.

Find out more about the theatre here: